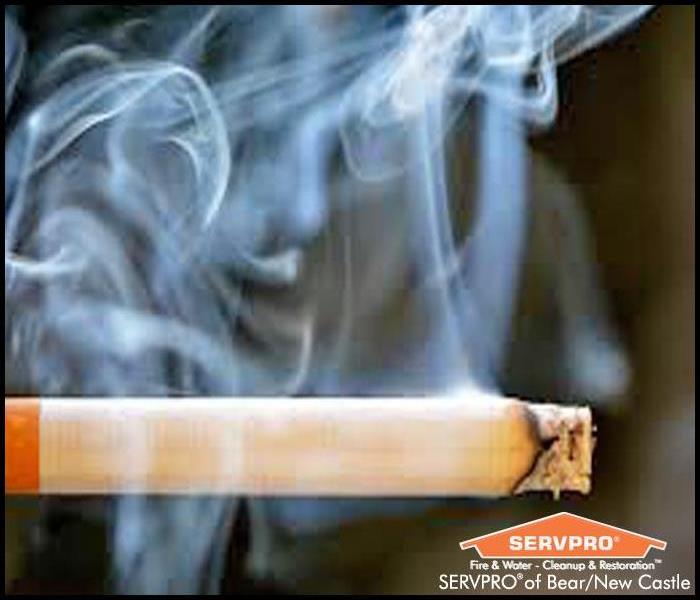 As experts in deodorization, SERVPRO of Bear / New Castle is trained to identify and eliminate offensive odors

Cigarette smoke creates an odor that is notorious for its ability to saturate living spaces and persist long after its source is gone. Inspectors may be asked by clients who recently purchased a smoke-infused home, or by sellers before their house goes on the market, about how to remedy the situation.

Facts About Cigarette Smoke and its Residue

The following materials are believed to be capable of absorbing or neutralizing cigarette smoke odors, at least temporarily:

Place a bowl of vinegar in each affected room overnight.

Leave a large amount of citrus peels in your home for several days or until they have become desiccated.

Pour coffee grounds into several coffee filters and tie them closed, leaving them in affected areas.

As you would with vinegar, place charcoal into bowls and leave them in smoke-infused rooms overnight.